Where there’s Smoke…Well, it’s not so Simple 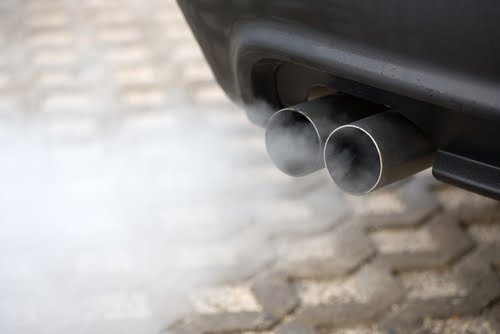 We’ve all had the misfortune of being stuck behind a car belching thick smoke and had the urge to report such a nuisance. But what about when your car is the one sending up smoke signals? Aside from annoying other drivers – not to mention the atmosphere – a car coughing out smoke can indicate a serious problem that requires immediate attention…or a not so serious problem. As you probably guessed, the issue comes down to a matter of color. Read on for a quick primer on exhaust smoke.

Carburetor that is out of adjustment.

**Be sure to check the engine oil if you are seeing black exhaust, since it is possible that the excess fuel can contaminate the oil system. If you notice a heavy/raw fuel smell when checking the oil, do not start the engine. Rather, contact a repair shop and explain your findings.

While the causes of black smoke are typically less serious than for other types of smoke, secondary issues often related to black smoke are decreased fuel economy, since unburned fuel is wasted fuel; reduced engine performance; and a distinct fuel odor under the hood.

How can unwanted antifreeze/water enter the cylinder? This condition is often due to a failed head gasket (seal), which can occur when the engine overheats.

What to do if you see white smoke: