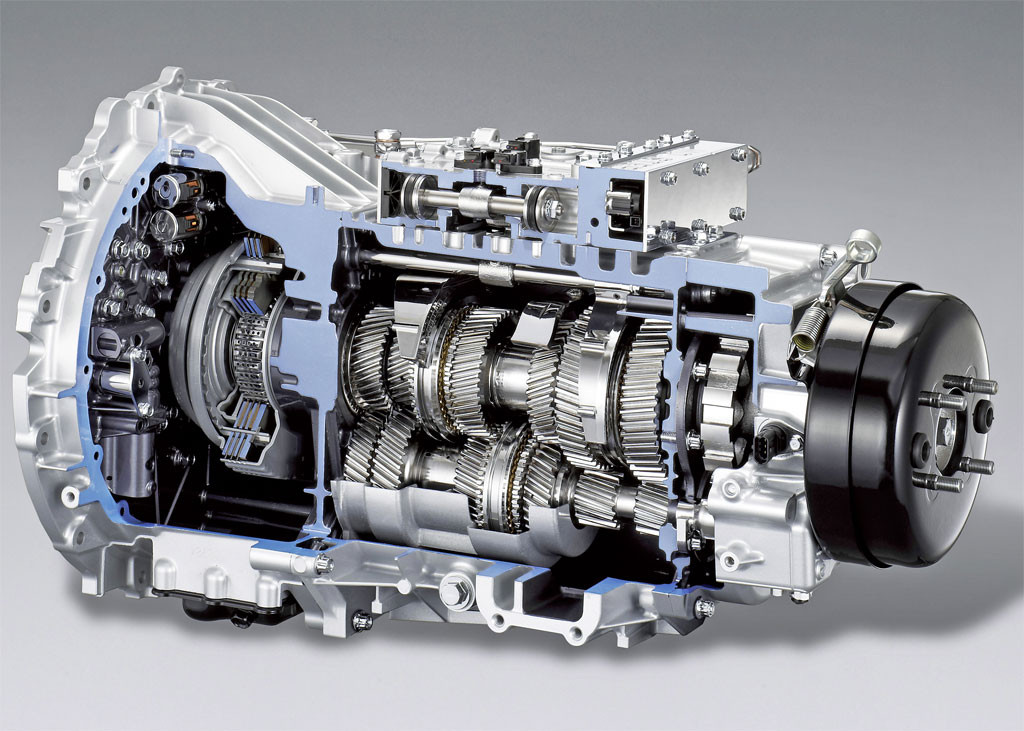 What Is a Transmission?

If you listen to any commercial about trucks you’ll hear a great deal about torque and towing power. Car commercials are all about a transmission’s speed and acceleration. Around the time mention “gear ratios” are mentioned is about the time that people go “Oh, no! Math!” and stop paying attention entirely.

Just because designing and building a transmission is a feat of engineering genius, it doesn’t meant that understanding what one does has to be.

What Does a Transmission Do?

How Does a Transmission Work?

A transmission can only work with the engine running because the engine is what will power the transmission in the first place. The engine puts out directional (up and down) energy that is made into rotational (turning) energy because of the layout of several engine parts. This turning motion that the engine produces is sent through a series of gears via a shaft. The amount of gears depends on your personal transmission. When you shift your car, you are activating some of the gears along the shaft that allow your car to move faster or push harder, depending on the gear ratio.

The gear ratio is simply how big the gears that are rotating against each other are. If you have a gear that is very small rotating with a gear that’s twice as big, the smaller one will have to rotate more frequently than the larger one will. In fact, it will rotate twice as often as the larger gear, meaning that the gear ratio for the pair is two-to-one.

What Does a Gear Ratio Do?

Depending on the gear that you are in, the gears that are rotating together will have different sizes that make up different gear ratios. Different gear ratios mean that there is a different type of power being created for your vehicle. When you are in a lower gear, your car is putting out more power, but has a very low top speed. In contrast, when your car is in a higher gear, it goes faster, but can’t push or pull well.

This idea makes sense if you consider riding a bike. When you start riding a bike you have to pump your legs hard to get moving, which is very slow, but to move quickly you simply have to rotate your legs faster, but with less force.