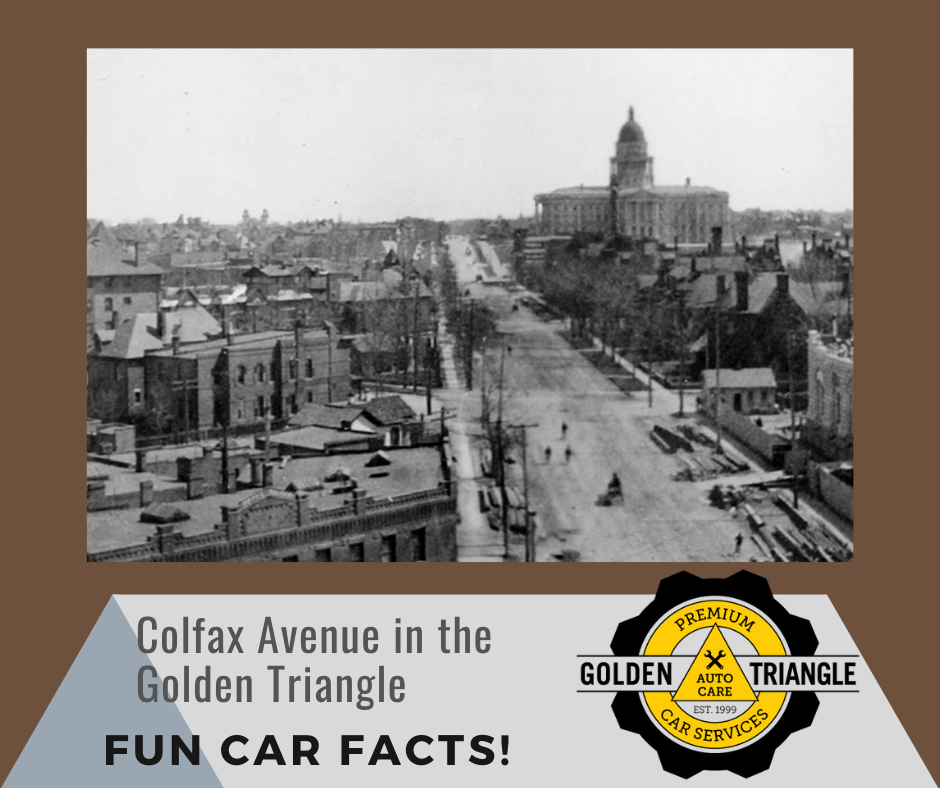 With the discovery of gold in Cherry Creek by George Simpson in 1857, the bustling metropolis we know as Denver today was born. Gold prospectors lay claims up and down Cherry Creek and the South Platte River, establishing Auraria and Denver City. The population grew quickly, and by 1861 there were more than 100,000 residents in the area. When gold was discovered in the mountains west of Denver, the Colorado gold rush was on!

Denver became the transportation hub for the mining camps. Mining supplies, along with food and living necessities, needed to be moved to the newly established mountain towns. The gold that was mined was brought to Denver to be processed and refined, and often shipped by stagecoach or train east to Chicago and St. Louis.

Through the commerce between Denver and the mining camps, “Golden Road” was established and became the gateway to the gold mines. Beginning in what is now downtown Denver, the road was a central thoroughfare west to Golden, continuing to the mining towns.

In Denver, Golden Road, also known as “Grand Avenue”, eventually became the building sites for the State Capitol Building (built in 1886) and Denver Mint (built in 1906). It was a highly desirable place to be with Denver’s elite living in great mansions with finely manicured lawns, lining the either side of the road.

As the region experienced massive growth, Statehood was on the mind of local residents. Legend has it political leaders sought out the favor and influence of Schuyler Colfax, a powerful Indiana congressman and then Speaker of the House of Representatives. In 1865 Golden Road was renamed “Colfax Avenue” in honor of the politician, and with the idea it would help the cause in gaining statehood – which finally happened in 1876.

Mayor Robert Speer was responsible for transforming the dirt road to a paved street as many Denver streets were paved through his City Beautiful initiative. He also established Speer Boulevard, the road running along Cherry Creek that creates the western boundary of the Golden Triangle neighborhood.

Through the years Colfax Avenue would grow and be a major throughway – and the northern boundary of the Golden Triangle neighborhood. As car travel became more popular in the 1950s, automobile service business, restaurants and motels began to line the street. Business boomed until the construction of I-70 took travelers off and around Colfax Avenue.

But even today, more than 150 years since its establishment as Golden Road, Colfax remains a busy, central route through Denver. Extending a total length of 26.5 miles through the cities of Aurora, Denver, Lakewood and Golden, Colfax remains the longest commercial street in America.  All of this adds up to a great location for Golden Triangle Auto Care, located on Speer Blvd. on the western edge of the Golden Triangle neighborhood!

PS: In case you are wondering, the eastern edge of the Golden Triangle neighborhood is Lincoln Street.